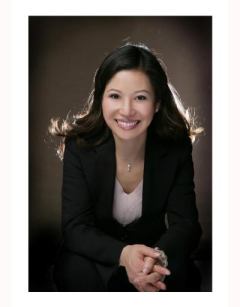 Is this your profile?

Is the contact info for this Real Estate Agent incorrect?
Click here to tell us how to fix it.

Here's a quick summary of this Real Estate Agent's Ratings

This agent has no current badges.

This agent has no current badges.

Julia Lau rapidly climbed to the top in Vancouver real estate, tapping her deep pool of Mainland China buyers. Coming from Hong Kong, Lau started selling Vancouver homes in 2005. Source In 2008 she earned just under $400,000 in commissions. In 2009 she claimed $689,064 in annual income, putting her in the top one per cent of Metro Vancouver realtors. In the next few years, as investment from China surged, Lau’s sales reportedly accelerated to about 100 luxury homes per year. In her Granville Street home she kept signifcant amounts of cash in a closet safe-vault standing between racks of designer jackets. She exuded prominence and wealth. But quietly in 2015, The Province has learned, Lau voluntarily forfeited her realtor’s licence — permanently — instead of going through a disciplinary hearing with the Real Estate Council of British Columbia. The council alleges that while working for Sutton Group-West Coast Realty, Lau paid or offered to pay an unlicensed assistant to obtain sales listings. And while under investigation by the council, Lau allegedly “made or allowed to be made” false or misleading statements. These types of allegations are common, a council spokeswoman told The Province. Discipline for such allegations would typically result in a two-week licence suspension, if the charges were proven. Mark van Manen / PNG Staff But since Lau asked for the hearing to be discontinued and volunteered to surrender her licence, details of the council’s investigation will not be tested or reported publicly. Why would a realtor as successful as Lau choose to forfeit a lucrative licence at the height of her prominence? Lau’s lawyer in the case, Kelly Murray, told The Province that Lau had decided to retire “before the matter arose.” Lau did not admit to any of the council’s allegations, Murray stressed, and the council agreed to Lau’s offer to turn in her licence and have the hearing suspended. A Province investigation into hundreds of pages of court documents connected to Lau’s professional and personal deals highlight the money, associations and conflicts surrounding an exceptional realtor in an extraordinary period for Vancouver real estate. Of all cases examined by The Province, the most bizarre, detailed and complex is Lau’s failed challenge against Canada’s anti-money-laundering officials. According to a federal judge, Lau was “unlucky or unwise or both” in an ill-fated 2010 deal involving cross-border transactions and hard-to-trace cash seized by Canada Border Services agents. Some evidence put forward by Lau in the case raised as many questions as answers, the judge said. And five years later, puzzling questions remain around the death of the young Chinese-Canadian fraudster hired by Lau to buy a 2008 Porsche Turbo Cabriolet in Florida, via Wynn Casino in Las Vegas. MONEY LAUNDERING'S THREE STAGES Experts on money laundering say the process generally has three stages, but transactions can occur in as many ways as the imagination can devise. Placement is the initial entry of dirty cash into the financial system and can take place through exchanging cash for gambling chips in casinos, smuggling currency across borders, repaying loans or wiring funds through foreign currency exchanges. Layering is the second stage, in which money launderers often move money electronically to foreign countries and make multiple financial transactions to confuse auditors. Finally, dirty cash is integrated into the mainstream economy in assets such as real estate, high-end vehicles and art work, to be enjoyed, held as stores of wealth, or resold. Authorities seize $133,000 payment Julia Lau’s conflict with Canada’s anti-money-laundering agents started in April 2010 — according to Federal Court of Canada Judge Michael Phelan’s 2012 ruling — when she contracted Jason Edward Lee, then 29, as her agent to buy a used high-end Porsche in Florida. Lee was recommended to Lau by her assistant Cynthia Hsiung, court filings say. Lee was to be paid $10,000 to buy a yellow Porsche 911 and ship it to Vancouver. Court records show that in late 2009 Lee was facing a debt of $265,000 after he allegedly forged his aunt’s power of attorney and fraudulently took out a mortgage against her Vancouver home in 2009. In her contract with Lee, Lau was to wire $133,000 in U.S. funds to him to buy the car in Florida. But the funds were to pass through Las Vegas. Lau transferred the money into a Bank of Nevada account at the Wynn Casino branch. As Judge Phelan wrote in 2012, “Curiously the money was to go into a casino cage depository.” According to Lau’s court filings, several days after receiving Lau’s wire transfer Lee called her and told her that he had actually bought the Porsche with his own money, and he had wired Lau’s $133,000 back to her. On April 30 Lee showed up at Lau’s home, she claims, and presented a forged bank document purporting to show the money had already been returned. Lee said the Porsche was on the way, Lau claims, and he insisted that Lau needed to repay him in cash immediately since he was travelling to China for business. In sworn statements Lau claims she checked that day with her bank to see if the $133,000 wire transfer had in fact arrived. It had not. However, Lau claims she went ahead and paid Lee $133,000 the night of April 30, anyway. She “drew approximately $100,000 of the cash payment from her personal cash savings kept in her safe at her residence,” court filings say, and she gathered a $30,000 cash loan from a Chinese businessman.jer - jerjer

she is good at money laundering - jiantian


Your email is kept confidential and used only for verification. Guaranteed zero spam.

The trademarks REALTOR®, REALTORS® and the REALTOR® logo are controlled by The Canadian Real Estate Association (CREA) and identify real estate professionals who are members of CREA in Canada and the National Association of REALTORS® (NAR) in the USA. All other trademarks and logos are the property of their respective owners.

Rate and review agents in your local area. Sitemap