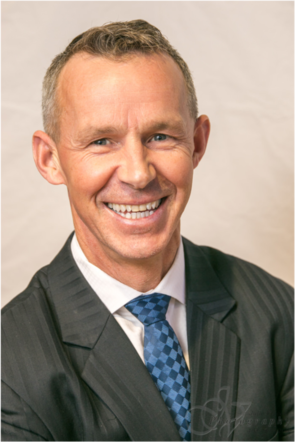 Is the contact info for this Real Estate Agent incorrect?
Click here to tell us how to fix it.

Here's a quick summary of this Real Estate Agent's Ratings

From a very young age, I had determined that I wanted to be in the eco-tourism / adventure business. I would take small groups of people into communities in interesting parts of the world. I would assist in creating ‘memories for a lifetime’. My wife and I started an outdoor adventure / eco tourism business in 1993. We led small groups of people on sea kayaking, biking and walking tours in Eastern Canada and Mexico. My plan was to offer adventures all over the world. Family, children, and children with learning disabilities make us re-evaluate our lives. My oldest child was not able to read or do math in grade two. I struggled with the resources available to our family. While business was fine, I worried about my kids success in our Island school system. Kids with learning disabilities suffer, especially in the early 2000’s. I researched. I learned kids who learn different and do not get the resources they need, suffer later in life. They are at a disadvantage and studies show many will have alcohol and drug addictions. Even worst, imprisonment and even suicide. This kept me up at nights. I started a Parents group called “PEI parents for kids with Learning Disabilities”. I spent a year or two giving my time, and advocating for kids and parents to get resources for their families. Meanwhile, my business suffered. So did my relationship with my wife, and oldest child with the learning disability. Being husband, Dad, teacher, and principal income earner was not working. In the fall of 2002 CBC Radio hosted a program on Schools in Eastern Canada, and living in Eastern Canada. I kept hearing the best decision to a better education for your children was to move to Alberta. Move to Albeta for better schools, and the Alberta Advantage. I moved to Alberta for a better life for my family. I came for the schools, the economy, and the opportunities to explore. Creating a life in Real Estate was a natural choice. Real Estate isn’t about a house. It’s about helping (even guiding) people in making choices that move them forward. That’s what a great agent does. We’re equal parts salesperson and therapist. I began selling and investing in real estate in Calgary before, and during the 2006 and 2007 boom. The Alberta bust happened at the end of 2008 and by 2009 we were all either laughing or crying at ourselves. That bumper sticker that last appeared in the 1980’s appeared again. “Please God, give us another oil boom, we promise not to piss it away this time.” ( Bee had another boom in 2013 and 2014, which busted in 2015 … and the bumper sticker appeared again!) It is during the rough times in Alberta that I learned a system to sell real estate at a high level. I had no choice. Like many Albetans, I had overextended myself. I lived too high on our boom cycles, and like many Albertan families, my family paid for this in the bust cycles. Before our next boom in 2013, I learned the importance of a real estate team. After going it alone for 10 years, I came to realize the most effective way to do “it all” was with a team. My team helps make the process and journey for our clients seamless and brings them full circle. In the meantime, my children thrived in school and their chosen extracurricular activities. Our oldest, graduated from University of Victoria - thriving within her community. The youngest excelled at cycling. Their schools were Altadore, Calgary Science, Calgary Academy & The National Sports Academy. And that’s why helping Calgary families is personal for me.

Bryon help us to sell our house on a very tough market. He and his team did a great job marketing our property and sold it in only one week. We will contact him for future businesses and will recomend him for sure. Thank you Bryon. - Roger G

The trademarks REALTOR®, REALTORS® and the REALTOR® logo are controlled by The Canadian Real Estate Association (CREA) and identify real estate professionals who are members of CREA in Canada and the National Association of REALTORS® (NAR) in the USA. All other trademarks and logos are the property of their respective owners.

Rate and review agents in your local area. Sitemap